The Virginia Brain Injury Council (VBIC) is a statewide advisory council comprised of consumers (i.e., survivors of brain injury and family members, caretakers, and representatives of survivors); licensed, registered, and certified healthcare professionals; service providers; individuals not affiliated with any brain injury program, state agency representatives; and other ad hoc advisory members. The mission of the Council is to promote accessible, affordable, and appropriate services for Virginians with brain injury and their families by advising the lead state agency for brain injury, the Department for Aging and Rehabilitative Services.

The Council was established in 1986 by Eva Teig, then Secretary of Virginia's Office of Health and Human Resources, in response to a 1985 document entitled the "Report to Secretary Fisher on Head Injury in Virginia" prepared by the Task Force on Head Injury:

”Virginia should establish a permanent entity with legislative/executive authorization to promote and oversee the development of a comprehensive, coordinated system of appropriate programs and services for head injured persons. This advisory/policy body should include influential representation from relevant state agencies, private service interests, and advocacy organizations. This body will continue the work and advance the recommendations of the Head Injury Task Force.” (Section III. Head Injury: Nature of the Problem, G. Recommendations, p. 25)

The initial purpose of the Council was to conduct studies and make recommendations to the Secretary regarding injury prevention and service development for persons with traumatic brain injury:

”The Virginia Council on Traumatic Brain Injury facilitates the development, coordination, and promotion of a comprehensive delivery system that provides a full continuum of services for persons with traumatic brain injury. The Council identifies needs, and develops and presents recommendations for the continued improvement of the delivery system. The system includes research and development, prevention, education, advocacy, and service delivery.”

Since 1998, DARS has been the recipient of three Traumatic Brain Injury (TBI) Act grants totaling over $900,000 in federal funds. A requirement of the initial TBI Act "Planning Grant" was that a state have or develop an advisory council to oversee grant activities. Fortunately, Virginia has had an active brain injury council since 1986. Other criteria for recipients of federal funding included: a lead state agency for brain injury (DARS); a comprehensive needs assessment (conducted in 1998-2000 using federal "Planning Grant" funds); and a state action plan to develop and enhance services (developed in 2000 using federal "Planning Grant" funds). Through the support and activities of these federal grant funds, along with matching state funding provided by DARS, the Council has matured and become a more focused and effective advisory body.

The Council reports to and advises the DARS Commissioner and presents a verbal annual report to the State Rehabilitation Advisory Council (SRAC), the federally-mandated advisory group to the Department for Aging and Rehabilitative Services.

In the 2006 General Assembly, a Senate budget amendment effective July 1, 2006 "...requires the Department for Aging and Rehabilitative Services to consider the recommendations of the Virginia Brain Injury Council when allocating new funds for brain injury services.” One of the goals of the Council is to explore the feasibility of seeking legislation that would establish the Council in the Code of Virginia, mandating its existence and thereby providing continuity and legitimacy to its purpose and work.

In addition to serving in an advisory capacity to Virginia's federal grant and advising DARS on the dissemination of state funds appropriated by the General Assembly for brain injury services, the Council's purpose is to advise DARS on the needs of Virginians with brain injury, make recommendations to the Commissioner regarding the development and delivery of brain injury services in the Commonwealth of Virginia, and carry out other duties and activities related to brain injury as requested or approved by the Commissioner of the Department for Aging and Rehabilitative Services.

Non-voting positions are filled by state agency representatives and other organizations who are invited to serve on the Council in advisory positions. The total number of non-voting member positions fluctuates but is typically designated as nine positions.

Officer Positions of the Council are filled by soliciting nominations from among Council members eligible to vote. A Nominations and Elections Committee appointed by the chair in July of each calendar year oversees this process. Council meetings are held quarterly and are open to the public.

The Virginia Brain Injury Council's position paper, Neurobehavioral Treatment for Virginians with Brain injury, was written by an Ad Hoc Neurobehavioral Committee in response to the Commissioner of the Virginia Department of Rehabilitative Service's challenge to " develop a white paper on neurobehavioral treatment options in Virginia as a basis for discussion/action between the commissioners of Department for Aging and Rehabilitative Services and the Department of Mental Health, Mental Retardation and Substance Abuse Services." (Virginia Brain Injury Council Minutes, 7/30/04). The paper development was finished May 1, 2009 and published May 4, 2010.

The members of the Ad Hoc Neurobehavioral Committee were brain injury experts from around the State. Their names and affiliations are listed at the end of the document.

This effort is the result of a systematic, data-driven process that:

Please note that this position paper was developed and authored in May of 2009 before the official name change went into effect for the "Department of Mental Health, Mental Retardation and Substance Abuse Services," now called the "Department of Behavioral Health and Developmental Services" and published May 2010. Therefore, there are references to both official agency names based on when the timing of the referenced action occurred.

This paper does not necessarily represent views or opinions of the Virginia Department for Aging and Rehabilitative Services. It was written by the Ad Hoc Neurobehavioral Committee to serve as a strategic plan to Virginians in need. For additional information regarding the Virginia Brain Injury Council or please e-mail Patti.Goodall@drs.virginia.gov or call (804) 662-7165 or (800) 552-5019. 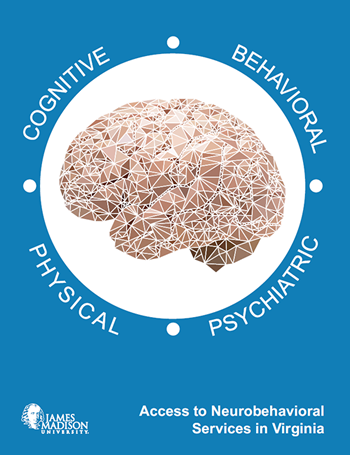 The challenge of caring for individuals with acquired brain injuries, particularly individuals with neurobehavioral challenges, has been a topic of concern for decades, not only in Virginia but across the nation. In 2014, as part of Virginia’s federal Traumatic Brain Injury Grant, the Department for Aging and Rehabilitative Services (DARS) contracted with James Madison University (JMU) through the Commonwealth Neurotrauma Initiative (CNI) Trust Fund to conduct a comprehensive study on “Access to Neurobehavioral Services in Virginia” for individuals with acquired brain injury. In order to examine this complex problem systematically, the research team conducted a comprehensive review of the literature, considered influential factors (e.g., the political landscape), attended to regulatory guidelines (e.g., funding, legal, etc.), inventoried model systems of care within the United States, surveyed care providers to assess statewide needs, and conducted interviews to expand upon survey findings. An analysis of key data points serves to inform the recommendations for consideration provided in this report. Specifically, the factors include model service provision in other states, cost data determined via a Freedom of Information Request (FOIA) to the Department of Medical Assistance Services (DMAS), and analyses of potential funding mechanisms (e.g., General Assembly appropriations, Medicaid waivers, etc.).

This paper does not necessarily represent the views or opinions of the Virginia Department for Aging and Rehabilitative Services, the Commonwealth Neurotrauma Initiative Trust Fund, or James Madison University. It was written to ultimately benefit Virginians with acquired brain injury who need specialized neurobehavioral services. For additional information regarding this study, please e-mail donna.cantrell@dars.virginia.gov or call (804) 662-7069 or (800) 552-5019.

In 2010, a subcommittee of the Virginia Brain Injury Council (VBIC), headed by Dr. Paul Aravich, completed a White Paper on the state of neurobehavioral treatment and services for Virginians with acquired brain injury and neurobehavioral challenges. The document in its entirety can be accessed here and serves as an historical reference, as well as a source of additional information and recommendations for addressing neurobehavioral issues in Virginia. 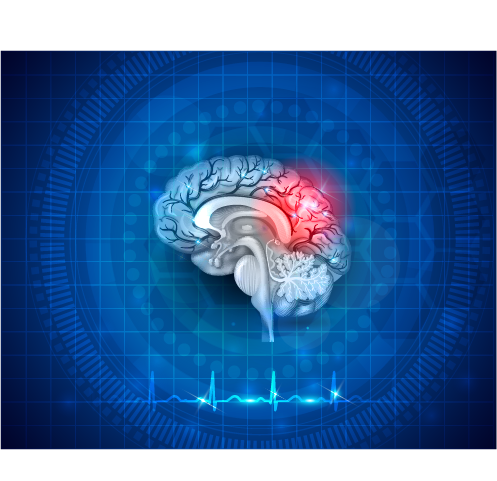 DARS and the Virginia Brain Injury Council hosted nearly 100 participants at the fourth biennial Brain Injury Report Out Day on Friday, July 24, 2015, at The Place at Innsbrook from 8:30 a.m. to 4 p.m. Brain Injury Report Out Day allows invited presenters and selected state agencies to report on how they are serving and meeting the needs of Virginians with acquired brain injury, including new or continuing initiatives. The event serves as a venue for exchanging information and making connections to strengthen the statewide network of services for Virginians with brain injuries.

This year, BI Report Out Day focused on neurobehavioral services for Virginians with brain injury and access to those services. Dr. Laura Flashman of the Geisel School of Medicine at Dartmouth was the keynote speaker. She spoke about two state-funded projects providing neurobehavioral services that were piloted in New Hampshire: one offered inpatient treatment and services, and one was outpatient. Additional morning speakers include Cara Meixner, Ph.D., from James Madison University, who discussed the results of their Commonwealth Neurotrauma Initiative (CNI) Trust Fund grant project that involved a comprehensive study of access to neurobehavioral services by Virginians with acquired brain injury. In addition, Karen Brown of Brain Injury Services, Inc. in Springfield, spoke about a collaborative BIS INC and Crossroads to Brain Injury Recovery (CBIR) project entitled "CONcEPT," which investigated the effectiveness of a community-based approach to specialized behaviorally-focused case management services in a rural (Harrisonburg) and urban (Springfield) settings. They described their program / approach and shared successes, challenges, and recommendations for the future.

During the working lunch, DARS Commissioner Rothrock and Virginia Brain Injury Council Chair Jodi Power presented awards to three very important individuals in the brain injury community. Jodi Power presented the Council?s Brain Injury Champion Award to Virginia Senator Creigh Deeds for his advocacy work in the area of access to mental health supports and services, creating an atmosphere that allowed the brain injury community to become part of the overall conversation. Commissioner Rothrock presented the Toggle Award to former commissioner of the Department for Veterans Affairs, Lt. Commander Paul Galant. The Toggle Award is based on the Doonesbury character nicknamed "Toggle," who was wounded in an ambush in Iraq and returned home with a brain injury, aphasia, and the loss of sight in one eye. Lt. Commander Galanti was a prisoner of war at the Hanoi Hilton and was awarded numerous medals of honor for service to his country. Finally, a Certificate of Appreciation was presented to Captain Catherine Wilson who served as the inaugural executive director of the Virginia Wounded Warrior program, shaping the program and making it a national model program.

Brain Injury Report Out Day is a project activity of DARS? Federal Traumatic Brain Injury Implementation Grant H21MC2692 from the Health Resources and Services Administration (HRSA) of the U.S. Department of Health and Human Services (HHS) for $250,000, 0% financed with nongovernmental sources. This information or content and conclusions are those of the authors/speakers and should not be construed as the official position or policy of, nor should any endorsements be inferred by HRSA, HHS or the U.S. Government.

Questions on BI Report Out Day can be directed to Donna Cantrell of the Brain Injury Services Coordination Unit at donna.cantrell@dars.virginia.gov or 804-662-7069.

© Virginia Department for Aging and Rehabilitative Services, Commonwealth of Virginia